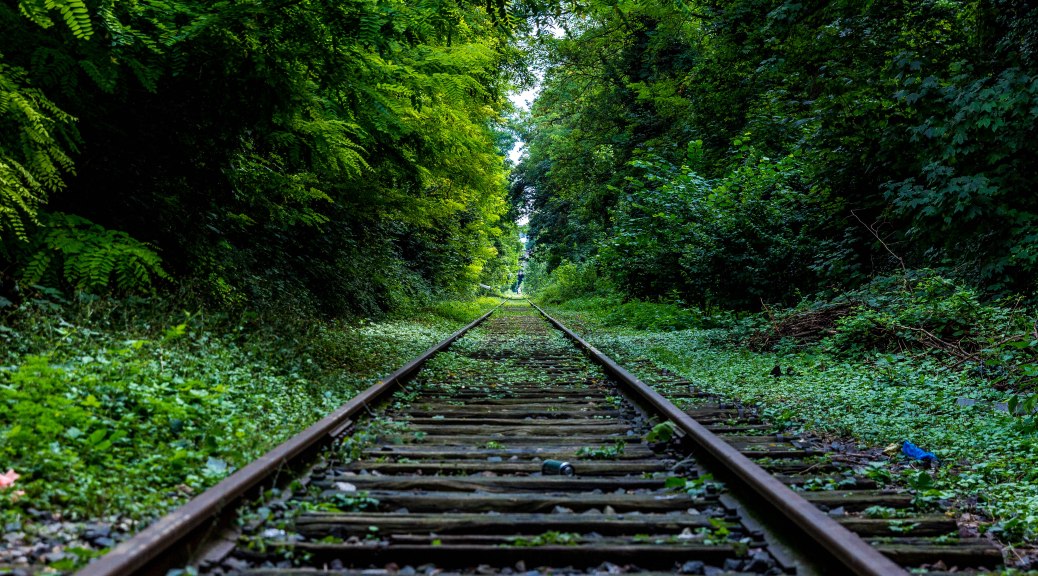 There is a dark place in the world.

Essentially this place has been captured by Brian Catling in his novel The Vorrh, an alternative history of a soul sucking forest in the midst of Africa in the early 20th century. I finished this somewhat plotless book that reads more as a descent into madness than a traditional novel while questioning myself the whole time, “Why are you going on?” In the end, I probably shouldn’t have, and you probably shouldn’t either.

There seems to be a lot to explain as to why I would not recommend you reading a book that for most purposes was well written and, at least if you believe the reviews, well received. I’ll try my hand a some key points.

Have you ever had a friend that thinks that he is so clever when he turns a phrase? Maybe like a non-sequitur or a simple play on words that gives his sentence an unintended, but to him, serendipitous meaning. Now imagine having to read a book full of these crafted sentences. Sure maybe one in five come off with some power, but honestly, it becomes a slog rather than the occasional moments of delight like they can be. The author is trying too hard to get a little nod of the hat with each phrase. Some may see this as lyrical, but hundreds of pages worth makes you long for the spartan description of Hemingway.

Now let’s talk about description or world-building or character development or anything else besides, say, a plot. This is what Mr. Catling offers to you in this tome – which is supposedly the first of a trilogy. I couldn’t tell you what the next volume could be about because I’m not sure I could tell you what the story of this one is. There are a bunch of fleshed-out characters and the world of The Vorrh is elaborately assembled with such dark intention that makes the reader ready to escape. A story, such as it is, more or less develops just because the characters kind of bump into each other – not because there is any direction to the tale. Several long “side” stories have virtually no relation to the main characters or the Vorrh at all. It’s almost as if separate stories were just cobbled into this novel because they exhibited the same mood as the others and it would thicken the book. I love world-building and character development, but there seems to be a sad tendency – especially in the fantasy genre – to substitute worlds with stories. I’m sorry, but give me an O. Henry short story every day that has a plot than 500 pages of an immaculate world with no point. It is like many modern authors are trying to be Tolkein but missing the point.

Finally I need to mention the evil. The Vorrh is a dark place. It turns everyone that goes into it a hollow shell of a person. Make no mistake: this is the intention of this book to those who read it. Every single character is a dark, twisted caricature of a person. There are no heroes, no good guys, no noble purposes. The one character who should be a bright spot is a woman who receives back her sight after being born blind. In such a gloomy, oppressive world, surely this one would find joy in her sight. Almost purposefully as soon as the reader thinks this, the author spends the time to show the ugliness of the sight of flowers in this character’s mind. The gift of sight is actually a curse – for really to all the people that inhabit this world, life is a curse. I rarely psychoanalyze authors, but Mr. Catling has presented a worldview that sees corruption and evil in all things. I don’t know if I know anyone who I think would like this book, and if I did, I would be scared to give it to them because it might sink them beyond hope.

I usually don’t bring up the Bible in non-Christian works, but the author has taken perverse pleasure at bringing up many illustrations of it and making them horrible. In Phillipians, Paul says “whatever is true, whatever is honorable, whatever is right, whatever is pure, whatever is lovely, whatever is of good repute, if there is any excellence and if anything worthy of praise, dwell on these things.” I cannot think of a better antithesis to that statement than this book. It is a mire of thought. Avoid it.