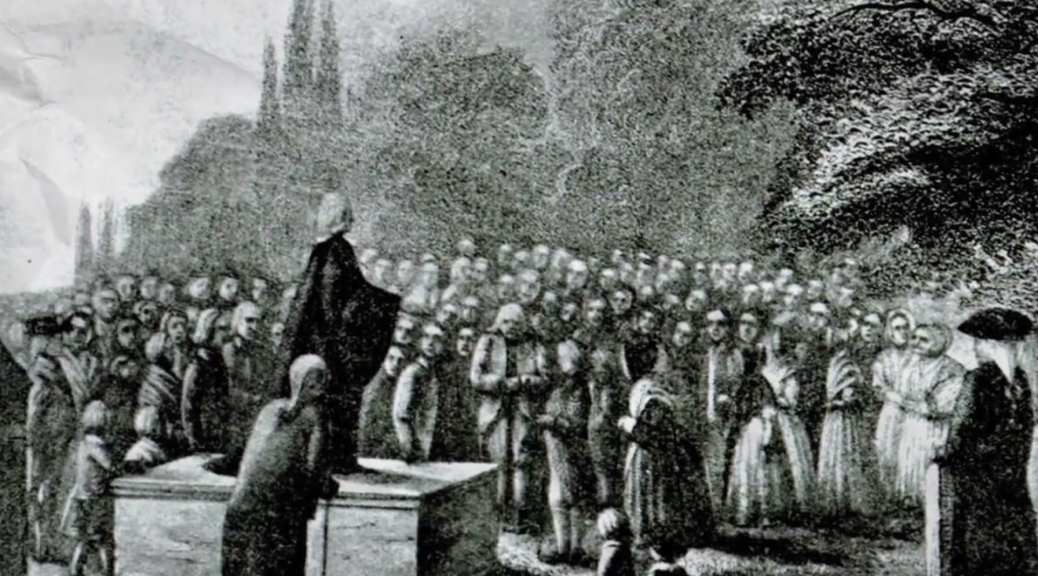 There may be no person who spoke directly in person to more people in the history of the world as George Whitefield. If just for this single fact, a biography of his would be a must read. However, during the 40 years of his preaching ministry, the western world (and by its effects the entire globe) changed immensely during the movement known now as the Great Awakening. This period has wide ranging effects including the establishment of major denominations, the push for the abolishment of slavery, the development of media, the rise of democracy, and the establishment of the United States. The central figure of this time was George Whitefield.

This volume by Arnold Dallimore is an abridgment of his much longer comprehensive biography of Whitefield. I highly encourage you to read the unabridged version if you want a full perspective on the evangelist’s life. But, if you need a quick yet substantive overview of the man’s life, this book will fill your needs perfectly.

Whitefield was converted in his early college years, and from a short time afterwards, he began preaching evangelistic messages in England. His eloquence and power displayed in his sermons quickly had many flocking to hear him. Seeking to maximize hearers for the gospel of Christ, he turned to “field preaching” in London parks. Tens of thousands began to turn out to hear his messages. There may never have been larger crowds that have ever been able to hear a single man unamplified. The force of his message to turn to Jesus and to follow His will quickly began to have great effects in reforming London society. But only after a few weeks, Whitefield left on his first of 13 Atlantic crossings to take the good news to America.

His life is filled with many ups and downs. The love of America for him, his support of orphans, the influence he had on British nobility contrasted with his constant illness, his skewering by the press, his troubles with the Wesleys. Through it all, he kept a singlemindedness that nothing could make him stop from extending the invitation of Christ’s love for sinners. The relating of his climbing out of bed to preach from a balcony to eager listeners the night of his death shows the power Whitefield had 40 years after he spoke for the first time.

Revival literature should encourage and strengthen the seeking heart. This book does both. Whitefield’s life is a testimony of God’s keeping grace even in light of extremely difficult pressure. If men thought he was too proud, he humbled himself further; if others wanted control, he submitted to them; if though completely spent of all strength a one would ask for a word about the Living God, he would share and not rest. He talked to millions 300 years ago. A man used by God can change the world, and George Whitefield is the proof.

I picked up this book on Tozer thinking that it would be great to have a good biography on such a influential Christian figure of the 20th century. However, what I got was really just a survey on a man whose inner life was hard to probe into. I met Lyle Dorsett at Wheaton and even went to the church where he preached for a while, and while a look into Tozer’s life is laudable, this book just scratched the surface of the inner man.

The issue is plain that Tozer was not outgoing. He dedicated almost all his personal time to seeking out God and knowing Jesus better. The rest of his time was devoted to preaching and teaching others about the Lord he knew so well. This must be the trouble with trying to write about him – he was singularly focussed for the 45 years after his conversion. The book tries to illustrate how this caused issues with his wife and children. But instead of leading to a fuller picture of the man, it seems like the author is just trying to come up with something to say besides “he prayed – a LOT.” Everyone of his friends and family relate that it was hard to be close to him, but his personal sacrifice was worth it when compared against his ministry as a prophetic voice. God had given Tozer a mission to warn the church against worldliness and to call her back to knowledge of Him. There is no doubt that he faithfully fulfilled his calling until his dying day.

The parts of the biography that I enjoyed the most were the outlining of the development of the Christian and Missionary Alliance, the denomination Tozer was affiliated with. The stories about A. B. Simpson and the fourfold doctrine of Christ (Christ as Savior, Christ as Sanctifier, Christ as Healer, and Christ as Coming King) were enlightening. Also to see how denominational lines were being drawn in the midwest in the early 1900’s gave the book the depth it couldn’t find in its main subject.

My guess is that while the subject is one worthy of all emulation, there are probably other books that handle his life better. But why read those when Tozer himself left such a formidable body of work? Pick up The Pursuit of God or The Knowledge of the Holy and let A. W. Tozer tell you in his own words where a Christian’s life should lead. It will be worth it.