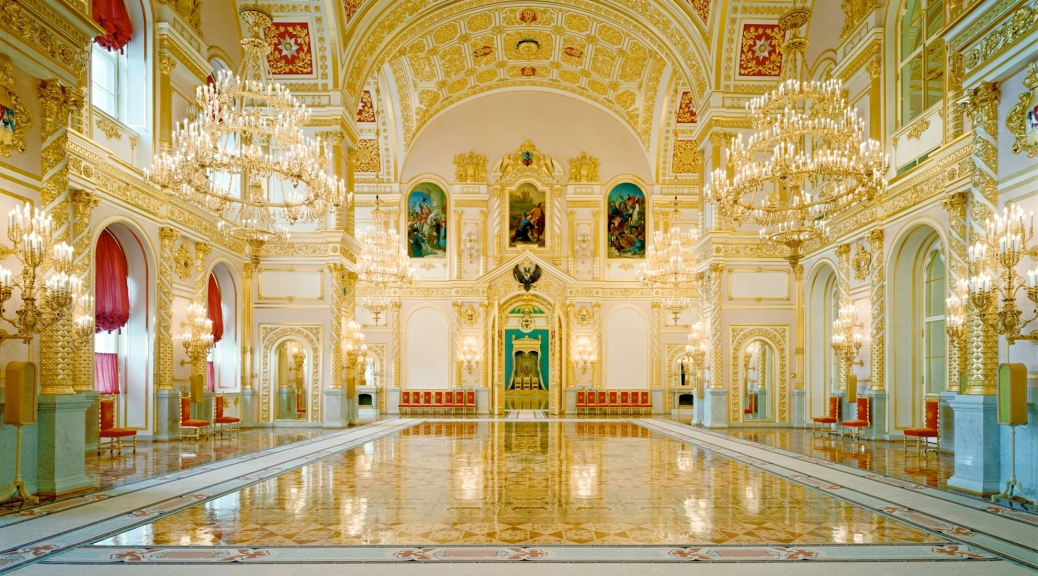 Barrayar starts the same day as Bujold’s first Vorkosigan novel, Shards of Honor, leaves off. It fills in the drama that takes place during Cordelia’s pregnancy with Miles that was alluded to in The Warrior’s Apprentice. Written with the typical pace and wit that this series has become known for, this action packed installment won yet another well deserved Hugo Award for Ms. Bujold. If you’ve made it this far into the series, come back to old friends and enjoy the ride.

Cordelia Naismith – now Lady Vorkosigan – takes up the lead role that had been laid down for the future based books about her son. While Miles’ quick thinking and preternatural skill of getting himself into one jam after another can be good reading, it’s a nice change of pace to read how Cordelia solves problems that she did not take part in creating. Her strength and resiliency grounds the story in a way only adults can.

The tale essentially becomes one of survival as civil war breaks out on Barrayar as the old guard of politicians try to keep the newly appointed Regent Aral Vorkosigan out of power following the Emporer’s death. Evading assassination attempts, capture, and betrayal, Cordelia and the faithful Sergeant Bothari must do what they can to remain free – and keep her unborn child Miles alive. The story builds quickly into an all out sprint that doesn’t end until all Barryar has been changed. Yet again, the Vorkosigans are at the middle of events that shake the galaxy. Just a normal tale for this family.

Few authors provide such easy and enjoyable reading as Lois Bujold. Even if you’re not a science fiction reader, these stories are about the inner and outer struggles of life. Plus they’re a whole lot of fun. Highly recommended!

Some books are fun from first to last. Bujold has a special talent for drawing the reader in quick and not letting go. The Vor Game is no exception, and it’s no surprise why it was selected as the first of her Hugo Award winning novels. (I think it’s just because enough people realized that there was a good series here. The Warrior’s Apprentice was just as strong of a book.) Returning to the unlikely hero of Miles Vorkosigan again, this fast paced adventure begins on an arctic island on Barryar and ends with the fate of this edge of the galaxy being decided. Bujold does not tell small tales when grand ones will do better.

Miles, now a little older and maybe a slight bit wiser, is getting his first assignment as an officer. Unfortunately, it’s to an arctic weather base – where he is to be the weatherman. His dreams of interstellar heroism seem to be smothered by boredom until he starts to uncover a mystery that could end his career as quickly as it started. Plots, political intrigue, and pirates propel Miles to take up his old persona Miles Naismith of the Dendarii Mercenaries. The real mystery is can he ever let it go again.

There is nothing bland about The Vor Game. Even the exile of Kyril Island is given depth and menace as Miles spends his time there. Without giving anything away, the interactions between Miles and the Emperor were fun and engaging. Especially well done is the grandiose figure of Miles Naismith. How he waltzes back to the head of the Dendarii Free Mercenary Fleet is a tightrope act that Bujold carefully maneuvers him though. In fact, the special talent of the novel is finding the knife’s edge and staying there. As a reader it makes for many a tense page – all the while being immensely enjoyable. Commander Cavilo is Miles’ match, and a beautiful young woman is hard for a young officer to resist. How the web untangles is fun the whole way.

Don’t miss out on this series. It builds with every novel and The Vor Game is a gem.

The second book published in the Vorkosigan saga, the fourth in chronological order, is the entrance of Miles Vorkosigan – the young, deformed yet brilliant child of Aral Vorkosigan and Cordelia Naismith (the heroes of Shards of Honor). At first, it may seem like you’re reading a book about any old SF wunderkind, but Bujold skillfully raises Miles to extraordinary heights without making it seem farcical. By the end of this one book, you know that you’re reading about a hero that will be a favorite to many including yourself. This book is a must read. I would recommend beginning with Shards of Honor for a full character arc, but it’s not necessary. Enjoy this first encounter with Miles.

Miles Vorkosigan’s story begins with trying to get into the Barrayaran Officer’s Academy, but he is unable to qualify due to his malformed body caused by an attack when his mother was pregnant with him. To console himself from the disappointment, he travels to his mother’s home planet of Beta Colony with his bodyguard Sergeant Bothari and Bothari’s daughter, Elena. Along the way to deal with his overactive mind and curiosity – and maybe to help impress Elena, Miles starts an adventure of commerce, piracy, rebellion that grows at every turn. Where it ends, nobody knows, but Miles and his crew are caught in the whirlwind until it does.

The super brainiac kid is an overused trope in writing in general. Some handle it well, such as Card with Ender’s Game, but most do not. Bujold’s strength lies in her ability to write characters that you care about and make them true to themselves. You want to root for the brilliant Miles, you hurt for the embattled Bothari, you want Elena to be happy. All the while she crafts a story of many pieces and brings them together to great conclusions. Her books don’t usually end with one resolution but many. This book is no exception. Bujold has four Hugo Award winning books, but this book was written before her first win. I think it may be her best – award or no.

If you want to read a great storyteller bring together layers of story arc so well that you don’t realize what’s happening, then read Shards of Honor then The Warrior’s Apprentice. The two books are mirrors to each other and have a powerful symmetry in story and emotion. You will not regret the time spent. 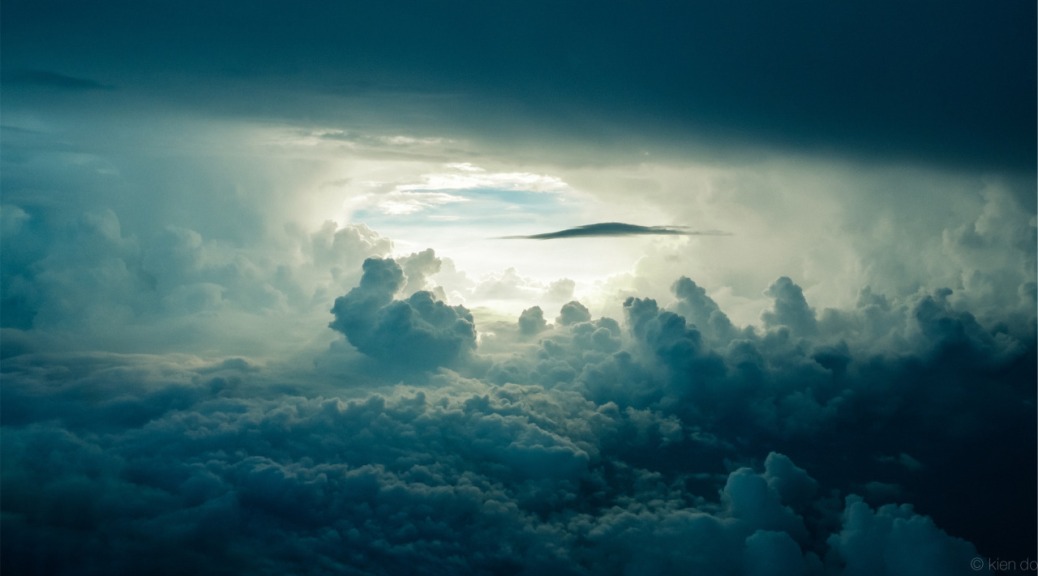 As a Science Fiction reader, there are few classics, celebrated authors, important series that I have not taken a dip into at some point or another. However, I’ve always kind of avoided the Vorkosigan Saga. When looking for the next thing to read, it always gets touted as “the best” or “in the top SF series ever written.” I don’t know if it’s the sheer number of volumes, the reviews it gets as space opera, or – just being honest – that it has a female author that has kept me so reticent all these years. Probably it’s because I’ve never had a friend of mine – and this is amazing due to its popularity – never tell me I should read them. Well I finally broke down and started the series, and guess what? It’s good.

One of the difficult things about the Vorkosigan Saga is where to start. I would avoid trying to decipher the reading order initially from all the fan sites and reviewers. The books are now being put into chronological order instead of publication date. While this is fine and dandy, I don’t know if it does the series any favors. Shards of Honor was the first novel in the series published (even though now it gets called Book 2), and I think it’s a great place to start to get the tenor of Bujold’s writing. It’s pre-Miles, the hero that drives most of the following books, but it situates the universe well. And, it provides the historical backdrop for most of the following stories.

Cordelia Naismith is a captain in a planetary survey for Beta Colony. Her goal is to scientifically chart new worlds and their natural characteristics. Unknowingly she stumbles into intrigue that involves Barrayar – a military based society that is trying to flex its muscles. She finds herself united with Aral Vorkosigan, a Barrayaran commander, that is fighting his own internal political battle with members of his planet’s ruling elite. Together they walk a knife’s edge of loyalty, subterfuge, and honor while the fate of planets hangs in the balance.

There is a lot going for this book. Great action sequences, large scale interplanetary strategy, traitors, and spies, but at the heart what wins the day is the relationship between Naismith and Vorkosigan. Bujold expertly writes the “human” factor. While the heavens may be in chaos, she makes sure to keep the story honed in on the thoughts and feelings of her main characters. This is why the series is so well liked. You relate to the characters. You become enmeshed with their lives and hope for their good. Sure there are many well crafted meta-storylines creating the high drama, but it’s the drama of the heart that makes this book a winner.

Shards of Honor is not the best book in the series, but it’s a great introduction. Fast paced, witty, and grand in scope, I bet you, like me, will have to read more.

Every four or five books, I like to take a chance on a book I’ve never heard of. It gets me out of ruts. Such was the case with Lord of All Things – originally written in German and then translated into English. The reviews I saw promised “The Book of the Year!” and “A Celebrated Achievement” and yada yada. Sometimes they are, but this one wasn’t. This is a book that was about three times longer than it needed to be and yet didn’t tell the whole story. There were some really great parts, but on a whole it was just an okay read. It needed a good editor.

Hiroshi and Charlotte begin as childhood acquaintances with remarkable gifts. Hiroshi is a extremely smart technical genius with a gift for robotics on a mission to end all want; Charlotte is a diplomat’s daughter with an unbelievable gift for languages and the handy ability to see into the past of any object she touches. Two ordinary children who may, or may not, change the world. They meet throughout their lives to drive each other toward their individual destinies.

This novel read as something between a Frank Capra screenplay and an alternate history textbook. There was a lot of grand vision – which was good – trying to mesh a different past than we’re used to with a future that would be idyllic. The problem is: that if a sci-fi book could figure out how to change the future in a couple hundred pages, we would be hard at work making it a reality. Instead, the author seems as much as a loss as most at getting it accomplished – even in fiction. In some ways, it would have been better for the author to have accepted the idealized Communism that Capra spouted to get a good story than trying to be so nuanced for our modern enlightened age. Robots just can’t overcome the foibles of the human heart. And, let’s not even get started with aliens.

This is a hard book to dismiss or recommend because it had a lot going for it, but there were a lot of inept parts too. Certain characters used as foils shouldn’t have even been in the book, and the author just missed on the ending. The middle of the book was really good with a lot of driving force. Let’s just say, I think the author has some skills, but he needs a good editor to make them shine. Here’s to looking forward.